January Jones Has Reportedly Split From Her The Last Man On Earth Co-star Will Forte After Five Months Of Dating. 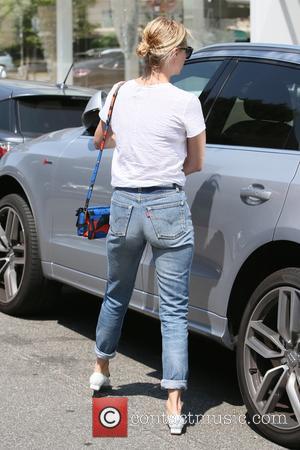 The former Mad Men star struck up a romantic relationship with the comedian earlier this year (15) after playing the object of Forte's affection in the new U.S. comedy series.

However, a source tells Us Weekly they reportedly called it quits last month (Aug15).

Both Forte and Jones attended the 2015 Primetime Emmy Awards on Sunday (20Sep15), but the funnyman brought his mum as his date for the night, while Jones spent most of her time with the cast of Mad Men.

Jones has previously dated director Noah Miller, singer Josh Groban, and Forte's former Saturday Night Live castmate Jason Sudeikis. She has a three-year-old son, Xander, but has never revealed who the father of her child is.