Veteran Model Janice Dickinson Has Been Given An Official Warning By Bosses Of U.k. Reality Tv Show Celebrity Big Brother After She Became Embroiled In A Nasty Argument With A Fellow Contestant. 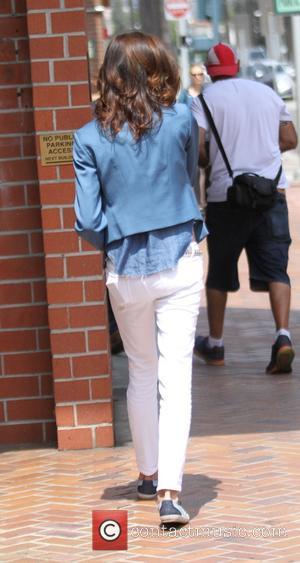 DICkinson is among the stars competing in the latest series of the fly-on-the-wall show, but she landed in trouble after a row with model Austin Armacost in an episode which was broadcast on Monday (31Aug15).

She has now been given a formal warning by producers after she appeared to spit on her fellow contestant.

DICkinson subsequently apologised for the bust-up but denied the accusation of spitting, saying, "In the garden the fight was escalated... He started to follow me. I did not spit on him. I made the motion that I spat on him... I am very sorry."

The incident comes just days after former model Tila Tequila was booted out of the house when it emerged she had made sympathetic remarks about Adolf Hitler and his Nazi party online in 2013.