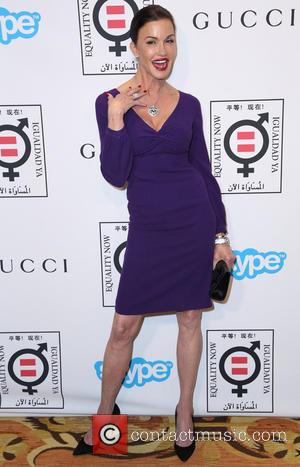 Model-turned-reality Tv regular Janice Dickinson is suing bosses of American drug store giant Rite Aid after she allegedly injured her head during an encounter with a parking garage gate at a location in Beverly Hills, California.

The model claims she was visiting a Rite Aid pharmacy in July (13) when she collided with a steel crossbar after parking her car in a lot adjacent to the store.

DICkinson scraped her knee in the incident, and later admitted herself to the University of California - Los Angeles Medical Centre, where doctors determined she had suffered a concussion.

The star is now taking legal action against the pharmacy giant's executives as well as the owners of the parking garage company, claiming they were negligent by failing to "adequately inspect, maintain and/or control the premises," according to documents obtained by Tmz.com.

The lawsuit goes on to state that DICkinson allegedly suffered emotional injuries in addition to her physical impairments, and is seeking compensation for her medical expenses, loss of wages, and damages.