Former Supermodel Janice Dickinson Has Taken Aim At Whoopi Goldberg For Continuing To Defend Bill Cosby, Branding The Oscar Winner A "Stupid Woman" After She Insisted The Embattled Comedian Is "Innocent Until Proven Guilty". 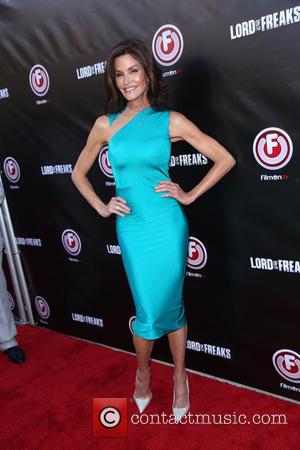 DICkinson is one of over 30 women who have publicly accused The Cosby Show star of inappropriate behaviour in the last several months, with some alleging the actor drugged and raped them during encounters decades ago.

The controversy took a turn on Monday (06Jul15) when the TV veteran's deposition from a 2005 sex case, which was eventually settled out of court, was unsealed. In the testimony, Cosby - who has never been charged with any sex crime - confesses to giving former Temple University employee, Andrea Constand, drugs after she accused him of assault. He also admitted to obtaining powerful sedative Quaaludes with the intent of giving them to young women he wanted to sleep with.

The revelations prompted stars like singer Jill Scott to admit she "was wrong" to have supported the actor throughout the scandal, but the documents were not enough to sway the opinions of Goldberg and her co-host on U.S. talk show The View, Raven-Symone, who starred alongside Cosby as a kid on The Cosby Show.

During Tuesday's (07Jul15) episode, Raven-Symone admitted she was still hesitant to pass judgement on the TV funnyman, while Goldberg added, "I don't like snap judgements, because I've had snap judgements made on me... In America, still... you actually are innocent until proven guilty. He has not been proven (guilty yet)..."

The Ghost star's comments irked DICkinson, and she has since blasted Goldberg, telling U.S. news show Entertainment Tonight, "What is wrong with you, Whoopi Goldberg? What more does it take? How dare you sit there on The View? You need to be fired, you stupid woman. That is ridiculous."

DICkinson, who is currently suing Cosby for defamation for calling her a liar in response to her allegations, goes on to reveal she is numb over the shocking revelation, stating, "I don't know how to feel. I don't have the strength at the moment until... each and every one of the women that have accused Bill Cosby, along with myself and a few others that have personally reached out to me that will not come forward due to character victimisation - I would like an apology for each and every one of us in order for my soul to feel. I don't feel any 'hip-hip hoorays'."