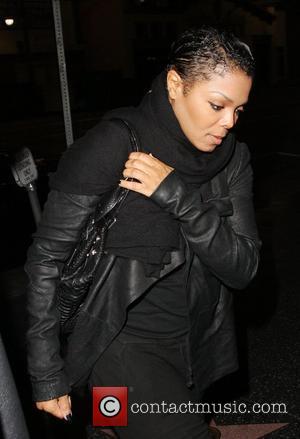 Janet Jackson will forever be scarred by the lack of interaction she had with her authoritative father Joe during her childhood, admitting she yearned to call him "dad" as a kid.
Joe Jackson was a strict parent to his brood of nine and his most famous son, Michael, often spoke candidly about the beatings and whippings he suffered at the hands of his father. The Jackson patriarch also banned his children from referring to him as "dad", ordering them instead to call him by his first name.
The Nasty hitmaker reveals she was only whipped once during her youth, but, in an emotional TV interview with U.S. journalist Meredith Vieira, she claims it was the lack of father-daughter bond that caused the most damage to her emotional development - and still affects her to this day.
She says, "I would see my friends interact with their dad and I would think, that's what I want to do. I want to be able to call him 'dad'. He said, 'That's my name, you call me Joseph. You don't call me dad.'
"I tried once. He said, 'I'm Joseph to you. You do not call me dad.' That affects you as a kid; it still affects me as you can see. I know my father loves me. He just has a very, very different way of showing it."
A preview of the interview aired on the Today show on Friday (11Feb11). The full chat will be broadcast on news programme Dateline on Sunday night (13Feb11).