Janet Jackson paid tribute to Aaliyah on the 14th anniversary of her death by sharing a heartfelt note on Instagram about her late friend. 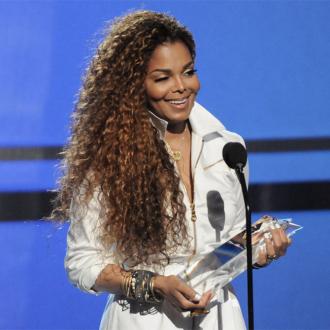 Janet Jackson paid tribute to Aaliyah on the 14th anniversary of her death on Tuesday (25.08.15).

The 49-year-old singer declared her love for her late friend, who died in a plane crash in the Bahamas at age 22 in 2001, as she took to Twitter to remember her.

The 'Rhythm Nation' hitmaker shared a photograph of a handwritten note that reads: ''What I shared with u [is] ever sacred, everlasting, [and] it's pure and it will endure. I love u Aaliyah. #RIP (sic)''

Janet captioned the image: ''I know u r there shining down on me (sic).''

The singer, who was one of Aaliyah's idols, previously honoured the 'Try Again' hitmaker at the MTV Video Music Awards shortly after her she was killed along with eight other people when their charter plane went down.

She also previously admitted to Vibe magazine she was also a huge fan of the star before her passing, saying: ''I think she's very talented. I love her music, I love what she creates on her album. I love listening to her voice. I think it's beautiful. She's beautiful.''

A number of other stars also took the opportunity to remember Aaliyah, including Missy Elliott and Gladys Knight, who tweeted: ''Singing: 'Your love is a one in a million...' as we honor & remember my niece, #Aaliyah Aunty loves you baby girl''