Janet Jackson Is Rescheduling Two More Shows On Her Unbreakable World Tour To Give Her More Time To Rest Her Voice. 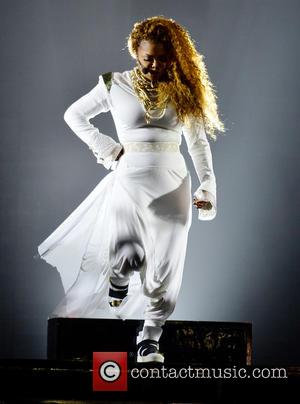 The R&B superstar announced on Friday (23Oct15) that she would no longer be performing in Salt Lake City, Utah on Saturday (24Oct15) and Denver, Colorado on Sunday (25Oct15) due to "doctor's orders", and now she has extended her break by pulling two additional shows in Kansas City, and St. Louis, Missouri on Tuesday (27Oct15) and Thursday (29Oct15), respectively. She plans to resume the trek on Friday (30Oct15) in Omaha, Nebraska.

Breaking the latest news to fans on Twitter.com on Sunday (25Oct15), she wrote, "Must postpone Kansas City & St. Louis... Doctors orders. Hold onto your tickets! I'll be back in Omaha."

The singer has so far scrapped six concerts on her comeback tour after previously cancelling a pair of gigs in Las Vegas earlier this month (Oct15) due to similar vocal issues.

Jackson kicked off the Unbreakable World Tour, her first trek in four years, in Canada in August (15).