Jane Seymour and her estranged husband James Keach put on a united front for a charity fundraiser in Malibu this weekend, despite announcing their divorce recently. 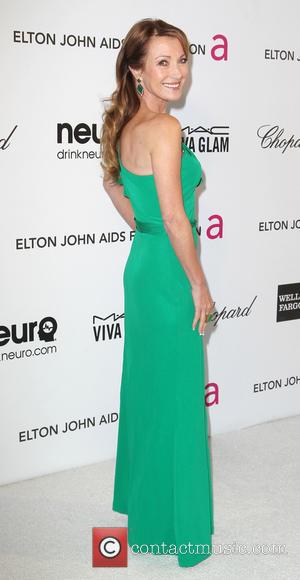 This might be one of the most civil (and frankly a little confusing now) divorces to happen in Tinseltown for quite some time, with actress Jane Seymour and her estranged husband James Keach appearing together on the red carpet before the third annual Open Hearts Foundation fundraiser in Malibu, California on Saturday (April 13) - only days after the two announced their divorce. The former couple announced their split after 20 years of matrimony, but are clearly mature enough to put on a united front during for a worthy cause like Saturday's fundraiser.

The former bond girl and director Keach have been together for decades but their split was announced by Seymour amidst the persistent rumours. According to the Daily Mail, the pair are currently negotiating the terms of their split and have been having troubled with their marriage for some years, with the couple heading their separate ways around Easter time this year. Despite their recent break-up, the pair still looked amicable together and smiled politely for the camera, with Jane wowing as always, regardless of her advancing years, in a low-cut light blue gown. Keach opted for a suit and tie look.

As well as acting, Seymour is well-known for her designs jewellery, furniture and clothing lines, as well as her artwork, which founded her ties with the Open Hearts Foundation to begin with. Seymour has long been a patron of the charity, whose emblem is a design created by the 62-year-old, and Keach has long supported the charity along with his ex-wife.