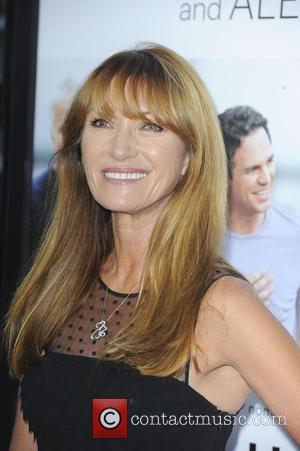 Actress Jane Seymour has moved closer to the single life after filing for legal separation from her husband, filmmaker JAMES KEACH.

The Wedding Crashers star revealed she and Keach had split in April (13) and now she's keen to end the 20-year union after filing documents in Los Angeles last week (ends25Oct13).

The 62 year old has two 17-year-old twin boys with Keach, and she is requesting joint legal and physical custody. The actress is not requesting spousal support, according to Tmz.com.

During an appearance on U.S. chat show The View in April (13), the former Bond girl admitted it hasn't been easy coming to terms with the end of her relationship with Keach.

She said, "Obviously it's really devastating and it did happen a while ago, we sort of kept (it) quiet... (but) we open our hearts to one another, we respect one another, we've been together for 20 years and we will be together for the rest of our lives...

"It's life, it happens and we both have to adapt to the change and the challenge and hope that we can continue to be the best parents we possibly can be and good friends."