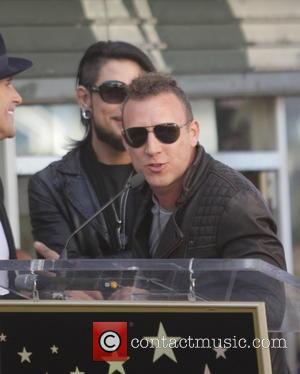 The band will close down the fabled West Hollywood stretch of Sunset Boulevard on 20 September (14) as they headline the Saturday night of the four-day by performing 1988 album Nothing's Shocking in its entirety to mark the 25th anniversary of the record's release.

The band will also be honoured with the Elmer Valentine Award during a tribute event at The House of Blues Sunset Strip on 19 September (14).

The prize is named after the late co-founder of iconic Sunset Strip venues The Whisky, The Roxy and The Rainbow Bar & Grill, and previous recipients include Lou Adler, Ozzy Osbourne, Slash, Motley Crue, The Doors and Joan Jett.

Jane's Addiction's appearance at the Ssmf will be a full circle moment for the band - the group's second ever concert took place at The Roxy in 1985.

Australian electronic music duo Empire of the Sun will headline the second day of the festival on 21 September (14), and artists including Cold War Kids, Kaiser Chiefs, Mayer Hawthorne, Tove Lo, and Minus the Bear are also on the bill for the weekend.