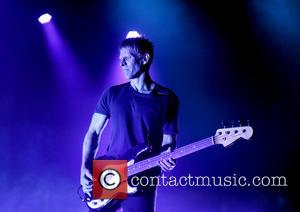 Rockers Jane's Addiction were forced off stage at a free gig in New York City over the weekend (11-12Oct14) after they overran their time slot.

Perry Farrell and his band were performing at the CBGB Music & Film Festival in Manhattan's iconic Times Square on Sunday (12Oct14) when they played past their allotted finish time.

The singer's microphone was cut off as he attempted to sing their epic track Three Days, prompting Perry to aim a foul-mouthed rant at Mayor Bill de Blasio, saying, "Mayor What's-His-Name!... Bring that motherf**king mayor out! Let him tell it to my face I can't do Three Days," according to New York Post gossip column Page Six.

The power was then shut off and the band begrudgingly left the stage.