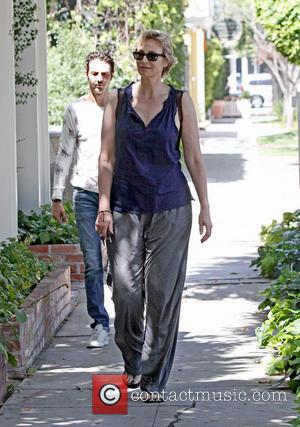 Picture: Jane Lynch - 'Glee' star Jane Lynch seen out and about with her soon to be ex-wife Lara Embry in West Hollywood - Los Angeles,...

Glee star Jane Lynch is set to be honoured for her philanthropy work in Los Angeles next month (Aug13).

The actress will receive the Marianne Williamson Founder's Award at the Angel Awards, organised by bosses at Project Angel Food, which provides sick people with nutritious meals.

Lynch says, "I couldn't be more thrilled to be receiving this honour from the angels at Project Angel Food who are really doing God's work."

American Tv personality and chef Giada De Laurentiis will be handed the inaugural Iconic Chef Award at the gala, which is set to take place on 10 August (13).