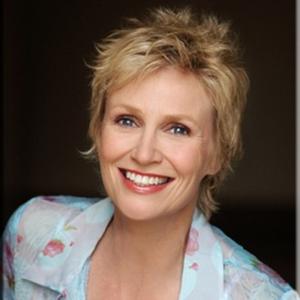 Jane Lynch has signed on for the 'Three Stooges' movie.

The 'Glee' actress has agreed to appear in the film as the long-suffering Mother Superior of the orphanage where the titular characters grew up, who has tried desperately to get them adopted but to no success.

Actor Richard Jenkins was initially linked to the role in The Farrelly Brothers' forthcoming comedy remake.

As well as Jane - who is best known for playing outspoken cheerleading coach Sue Sylvester in 'Glee' - Sofia Vergara will also appear in the film as a femme fatale.

Chris Diamantopoulos, Will Sasso and Sean Hayes will play the titular trio.

The 20th Century Fox remake, which will be directed by Peter and Bobby Farrelly, will be separated into three 27-minute narratives, featuring The Stooges' trademark slapstick comedy.

Originally the film was set up by MGM with Sean Penn, Jim Carrey and Benicio Del Toro tipped for the main roles.

'The Three Stooges' will be released early next year, though no specific date has yet been set.