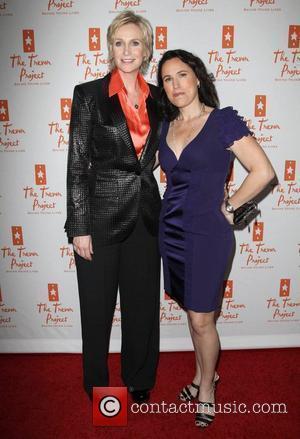 ED O'NEILL, the 64-year-old American actor and star of the hit show 'Modern Family', has taken a swipe at the actress Jane Lynch by saying she didn't deserve the EMMY AWARD that she won for her role on Glee, reports E! Online. Lynch walked away with the honour at the star-studded ceremony back in August 2010.
During a press conference in Los Angeles yesterday (6th November 2010) O'Neill said the decision to award Lynch the Emmy for 'Outstanding Supporting Actress in a Comedy Series' confused him, saying, "I love Jane, honestly I do. I'm dying to star in one of Christopher Guest's movies alongside her, but I don't think she should have gotten the Emmy for that part. Sue Sylvester is just a one-note character".
When asked by journalists who he thought should have won the award, O'Neill picked out his 'Modern Family co-star Sofia Vergara, saying, "Sofia is just so, so funny. I don't think people realize how hilarious she is. She's so sharp with her wit, it's amazing". The sitcom is currently midway through its second season and is drawing an average of 14 million viewers per episode.