Jane Fonda is to cameo as Ronald Reagan's wife Nancy in a new film about White House butler Eugene Allen. 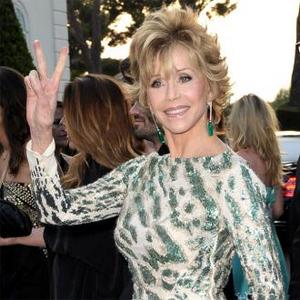 Jane Fonda is to play Nancy Reagan in 'The Butler'.

The iconic actress - who has won two Oscars in her career - will take on the part of the of the wife of former US president Ronald Reagan in Lee Daniels' forthcoming movie about former White House butler Eugene Allen, who worked for eight premieres for more than 30 years.

The role is largely a cameo, but Jane will appear in a number of scenes, according to Variety.

The 74-year-old star is known for her strong liberal views, in complete contrast to Republican Ronald, who was in office from 1981 until 1989.

Forest Whitaker is taking on the role of Eugene, with Oprah Winfrey in talks to star as his wife.

Liam Neeson is to play Lyndon B. Johnson and John Cusack is lined up to play Richard Nixon and production on the film - which has been taken from a screenplay co-written by Daniels and Danny Strong - in the summer.

Three-times-married Jane took a significant break from acting from 1991 to 2005, and will next be seen in 'Peace, Love & Understanding'.