In an interview with The Guardian newspaper, Jane Fonda has revealed she believes many women get cosmetic surgery because they have victims of sexual abuse earlier in their lives. 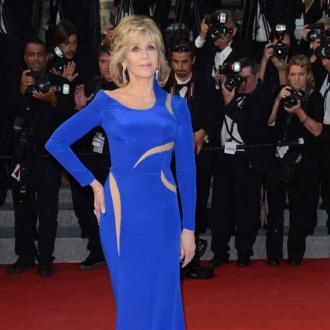 Jane Fonda thinks many women get cosmetic surgery because they were sexually abused when they were young.

In an interview with The Guardian newspaper, she shared her belief that plastic surgery can be an addiction and a consequence of abuse that has occurred earlier.

The Hollywood actress - who is an ambassador for L'Oreal - said: ''Thirty percent of women were sexually abused when they were young. And a woman who has been sexually abused will have a tendency to go too far.

''When you're young it can be this (mimes self harm) and when you're older it can be plastic surgery. When I see a woman who's made her face a mask I say, 'I bet, I bet.' ''

On her own relationship with plastic surgery, the 77-year-old star said: ''I wish I were brave enough to not do plastic surgery but I think I bought myself a decade.''

Fonda has enjoyed a dazzling career as an actress, model, fitness expert, writer and political activist which has spanned 50 years.

She attended Cannes to promote her new film 'Youth' in which she stars alongside Sir Michael Caine and this month sees her take a lead role in new Netflix series 'Grace and Frankie'.

Fonda says she sees a lot of people sucking-up to get the good parts in Hollywood.

She said: ''If you're a powerful producer and I want you to hire me I'm not going to tell you what I really think of you. I'll kiss your ass.'

She also says that she wants to help younger woman be less afraid of getting old: ''Looking at age from the outside is so scary. But when you're inside age - and I'm very much inside - it isn't scary at all.''