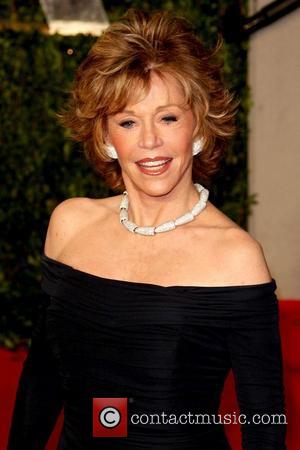 Veteran actress Jane Fonda has paid a touching tribute to legendary Hollywood filmmaker Sidney Lumet, calling him "a master" of movies.
The star passed away at his New York home on Saturday (09Apr11) after a battle with lymphoma. He was 86.
Icons including Martin Scorsese and Woody Allen have spoken of their sadness at Lumet's death and now Fonda has added her own tribute.
The actress worked with Lumet on 1986 drama The Morning After and she's praised the "strong, progressive" director/producer for being so "kind and generous" towards her.
In a post on her blog, Fonda writes, "Sidney’s first film, 12 Angry Men, was the only film my father ever produced. I saw it again fairly recently and realized what a brilliant film it is. I also worked with Sidney in The Morning After in which I played a drunk. I loved working with him. He was a master. Such control of his craft. He had strong, progressive values and never betrayed them.
"Alongside that, he loved to laugh. I remember when I first met him... way back in the late 50s when he was working with my Dad, I was struck by his laughter. He taught me to appreciate bagels... good New York bagels.
"He was always very kind and generous with me and I am very sad he has died."