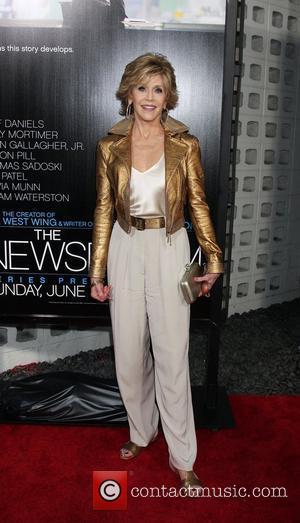 Veteran actress Jane Fonda will always regret the controversial 1972 photograph showing her sitting on a missile launcher aimed at U.S. soldiers, insisting she has "paid heavily" for the infamous image.
The Barbarella icon caused outrage in the U.S. and earned the nickname 'Hanoi Jane' when she was snapped sitting on an anti-aircraft battery in Hanoi during the Vietnam War.
Fonda admits the backlash hit her hard and has affected her ever since - and she will always chastise herself for the image.
She tells Britain's Hello! magazine, "In 1972 I was photographed, laughing, sitting on a North Vietnamese missile launcher aimed at American soldiers, without realising what I was doing.
"I paid heavily for that mistake, and am still criticised for it. I'll go to my grave with regrets about that picture."