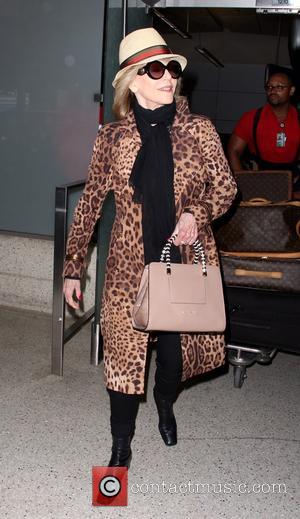 The Barbarella star reveals she and her longtime boyfriend, record producer Richard Perry, love to invite friends of all ages over just to show off their moves without the fear of anyone passing judgement.

During an appearance on America's The Late Late Show with James Corden on Thursday (04Jun15), she explained, "My boyfriend and I like to dance. I spent 20 years in Atlanta; you don't have a party in Atlanta that's fun if you're not dancing. And out here (in Los Angeles), everybody's so worried about being right, looking good... and so we decided we were just gonna have parties that had no purpose except for people to dance..."

Presenter Corden and his other talk show guest, actress Elizabeth Banks, then put on an impromptu "audition" in a bid to land future personal invites to Fonda's intimate parties, even giving the veteran actress and her Grace and Frankie co-star Lily Tomlin, who was also on the show, comedic lapdances in an attempt to show off their best dance moves.

Fonda subsequently approved of the pair's efforts and insisted they would "absolutely" be invited to her next bash.