Director Mike Leigh has made a new biopic about one of Britains finest landscape artists, J.M.W. Turner. 'Mr Turner' will see key events of Turner's life like the death of his father which had a profound effect on him; as well as the relationships he built such as the one with his housekeeper who loves him, but he underappreciates. The film will tell the story of Turner's legacy which saw him help pioneer landscape painting with his works, helping the style rival history painting.

As well as being skilled at landscape painting, Turner was also known for being well versed in watercolour landscape painting. He was considered an anarchistic character in his life, due acts such as strapping himself to a ship, in order to paint a storm.
The film is directed by Mike Leigh (Happy-Go-Lucky, Another Year, Vera Drake), who's expressed that he wanted to make a film that captures Turner's personality, which Leigh describes as complex and compulsive. 'Mr Turner' is set to be released in the UK on the 31st of October 2014.

In the 1970's, former spy George Smiley (who is in forced retirement), is called in to investigate the news that there is a Soviet mole of high-ranking within 'the Circus' - the in-house name for MI6 - who has been there for years making him one of George's former colleagues. George manages to narrow his search down to four men, all colleagues of his. His rivalries and friendships with each of the suspects will make it difficult for George to locate the mole who is eroding at the centre of the British government. 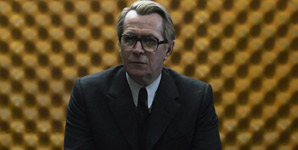