Jamie Oliver makes his children eat chilies as punishment when they are naughty, much to his wife Jools' fury. 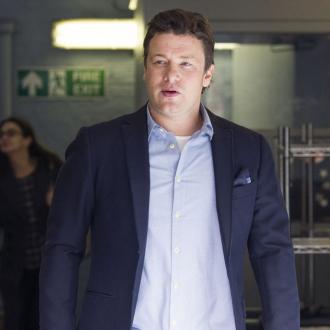 Jamie Oliver makes his kids eat chillies when they are naughty.

The 39-year-old chef - who has kids Poppy, 12, Daisy, 11, Petal, five, and Buddy, four, with wife Jools - rubbed an apple with a hot Scotch Bonnet pepper to teach his eldest girl a lesson after she was ''disrespectful and rude'' to him.

He jokingly admitted: ''I give them chillies for punishment. It is not very popular beating kids any more, it's not very fashionable and you are not allowed to do it and if you are a celebrity chef like me it does not look very good in the paper. So you need a few options.

''Poppy was quite disrespectful and rude to me and she pushed her luck. In my day I would have got a bit of a telling-off but you are not allowed to do that.

''Five minutes later she thought I had forgotten and I hadn't. She asked for an apple. I cut it up into several pieces and rubbed it with Scotch Bonnet and it worked a treat.''

However, Jamie admitted his wife was furious with his unusual discipline technique.

He added to the Daily Mail newspaper: ''She ran up to mum and said, 'This is peppery'. I was in the corner laughing. [Jools] said to me, 'Don't you ever do that again.' ''

Meanwhile, it seems Jamie is a hit with students as new research shows his books are the top-selling by celebrity chefs among university students at the moment.

Purchases of cookbooks have surged by 70 per cent in the past month, research from Amazon Student has shown, with Jamie's budget-friendly 'Save with Jamie: Shop Smart, Cook Clever, Waste Less' book the overall second most popular food tome among users of the higher education subscription service, coming in behind 'Nosh for Students' by Jon & Ron May.

Other favourite celebrity chefs include Mary Berry in second place, with her 'Great British Bake-Off' co-judge Paul Hollywood in third, Delia Smith in fourth and Nigella Lawson in fifth.

Charlie Caroe, Amazon Student Manager at Amazon.co.uk Ltd, said: ''As well as stretching their academic minds while at university, students are also stretching their culinary capabilities. The recent surge in cookbook sales shows that students are interested in choosing to cook more exciting meals from scratch while at university to satisfy their sense of accomplishment.''

Amazon Student helps students save time and money on their shopping by offering six months of unlimited free One-Day Delivery on over seven million eligible items. At the end of the six-month free trial, students can convert to a discounted Amazon Prime membership for £39 per year.

3. 'How to Be a Better Cook' - Lorraine Pascale

6. 'Cook Like A Man: The ultimate cookbook for the modern gentleman'

8 'Made in India: Cooked in Britain: Recipes from an Indian Family Kitchen' - Meera Sodha