Can Joliver convince poor families to change their ways? Or is he being a tad patronising?

Despite a recent study, which shows that some junk food might actually be – gram for gram – the cheapest way to provide nutrients as opposed to the expensive food prepared by TV cooks, Jamie Oliver is ‘on a mission’ to prove that families with low incomes are wasting money on the stuff. 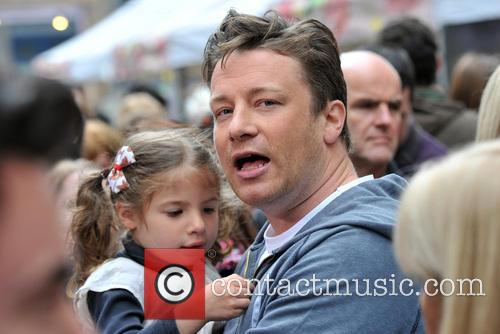 Jamie Oliver cradles his daugher outside his east-Lonson restaurant, 15

"Some of the most inspirational food in the world comes from areas where people are financially challenged,” Britain’s cheeky TV food man explained to The Radio Times. "The flavour comes from a cheap cut of meat, or something that's slow-cooked, or an amazing texture's been made out of leftover stale bread."

Mr Oliver, however, is likely talking about the cash-strapped communities of New Orleans, who turned to the hearty meal of Jambalaya to feed the masses when times were hard. Or slow cooking cheap cuts of meat for hours until they’re tender, like the poor Jewish families used to do in New York.

Will a single mum of three living on the outskirts of Birmingham have the time to knock up a brisket? Probably not, but Jamie reckons everyone – regardless of income, or lack of it – can cook up nutritious meals that don’t cost the earth. That’s the angle of his new TV show, anyway.

"I'm not judgmental,” adds the chef, who owns a string of restaurants as well as retail chains in the U.K, “but I've spent a lot of time in poor communities, and I find it quite hard to talk about modern-day poverty. You might remember that scene in Ministry Of Food, with the mum and the kid eating chips and cheese out of Styrofoam containers, and behind them is a massive f***ing TV. It just didn't weigh up." 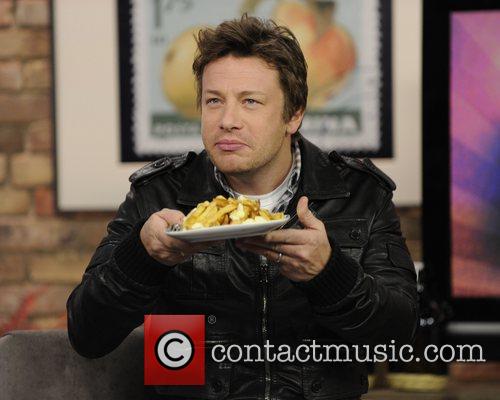 Oliver tries a plate of Poutine on CTV in Canada

Jamie's Money Saving Meals starts on Channel 4 soon, and aims to get families using foods they wouldn’t usually think to, like stale bread. "The fascinating thing for me is that seven times out of 10, the poorest families in this country choose the most expensive way to hydrate and feed their families. The ready meals, the convenience foods," he adds.