Could Jamie Oliver be judging the ‘Bake Off’ if Mary Berry and Paul Hollywood decide to leave?

Jamie Oliver has addressed rumours he could be set to join the judging panel of the ‘Great British Bake Off’ if the line-up changes when the show moves to Channel 4. Just last week the celebrity chef had said he’d ‘love’ to judge the show, but now Oliver has admitted he’s got too much on his plate to take on the responsibility. 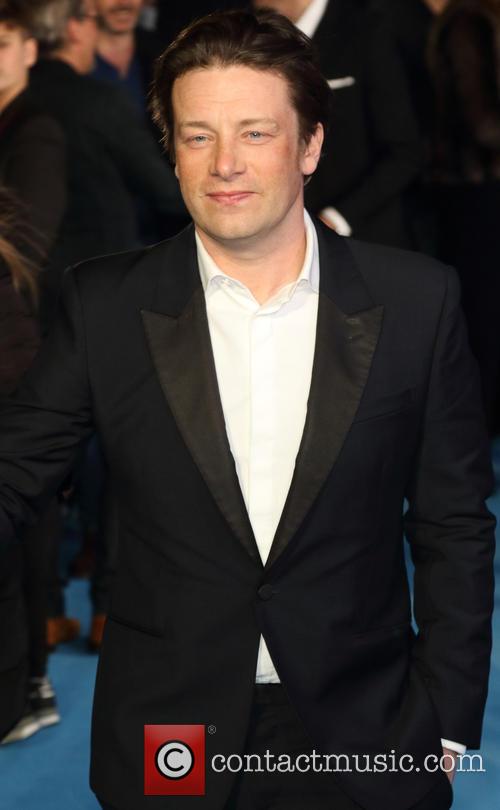 Jamie Oliver has addressed those ‘Bake Off’ rumours

Last week Oliver was asked by Now magazine if he watched the show: “Yes, we watch Bake Off. The whole family loves it,” he said. “I love Mary Berry and it’s really great watching. Secretly, there’s always a part of me in mourning because I’d love to be one of the judges.

“Maybe in another life. I did get asked to judge the US version [which ran for just one season in 2013 with Paul Hollywood] but unfortunately I couldn’t, which is a big regret for me.” But after news of the show’s move to Channel 4, Oliver became a frontrunner to replace Berry or Hollywood if they decide to quit.

More: The Great British Bake Off' Is Moving To Channel 4, But Will Mary Berry, Paul Hollywood And Mel And Sue Follow?

But speaking to The Telegraph, Oliver put an end to any speculation. “As much as I would get massive cred from my kids for having any kinda role, I’ve totally got my hands full even if I was asked, which I haven’t been,” he said.

“I’m sure they’ll pick the new hosts wisely – I’m just as keen to see who they are as you are!” he said, adding that he’s sure the show will be in 'safe hands'. “The Bake Off has become an institution in the UK and people understandably care about the chance that something they enjoy might lose its magic,” he continued.

More: Mel Giedroyc And Sue Perkins Will NOT Follow 'The Great British Bake Off' To Channel 4

“But, as someone who knows firsthand how it works on both sides having worked with the BBC and Channel 4, I really don’t think anyone should be worried about the move. I’ve worked with Channel 4 for 15 years now, and they’ve always been supportive - allowed me to take risks, to mix things up and never let me rest on my laurels.

“The Bake Off is very precious and it will most certainly be in safe hands with Jay [Hunt] and her team. I look forward to seeing how it evolves.” After it was announced the popular show was leaving the BBC for Channel 4 earlier this week, hosts Sue Perkins and Mel Giedroyc announced their departure. Judges Mary Berry and Paul Hollywood are yet to confirm if they’ll be staying on after the move.