Even television chefs can’t avoid the controversy of the celebrity feud and Gordon Ramsey and Jamie Oliver have been the latest famous faces to fall foul of a little row - this time with Jamie accusing Gordon of career jealousy.

Jamie Oliver has ignited a long-held disupte with Gordon Ramsey

The head of the Jamie’s Italian franchise has claimed that Ramsey is deeply envious of his vast wealth which comes in at double what the Hell’s Kitchen star has amassed.

Ramsey started the disagreement when, last year, he criticised Oliver for not attending the opening of his new restaurant in Hong Kong. While appearing at the opening of his own eatery, Bread Street Kitchen, Ramsey spoke to CNBC and said: "Two British chefs, Jamie Oliver and Gordon Ramsey, rubbing shoulders together in Hong Kong. At least I’m here, I came to my opening, right?"

Months later and now Oliver has responded to the insult. He told The Mirror: "Gordon will do anything to try to take the p**s out of me because he is deeply jealous and can’t quite work out why I do what I do and why he can’t do that.

MORE: Jamie Oliver Turned Down Roles In The Hobbit Movies

"He is too busy shouting and screaming and making our industry look like a bunch of shouters and screamers."

Jamie is currently number one on the bestsellers list for his newest book, Save With Jamie, and believes it’s successes such as his three million book sales that irritate his rival.

He added: "I think that really, really annoys him." 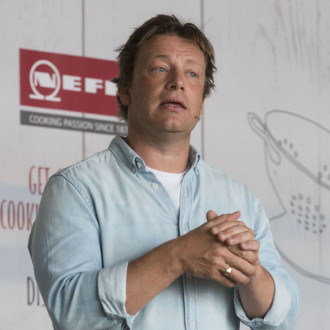 Jamie Oliver ‘honoured’ to have lived in a pub