The younger sister of Britney Spears married her fiancé, James Watson, in a park in New Orleans after getting engaged nearly a year ago to the day.

Jamie Lynn Spears, the younger sister of Britney Spears, is a married women.

Britney and her boyfriend David Lucado were spotted catching a flight out of LAX on Thursday, to attend the Louisiana ceremony, and see her sibling walk down the aisle in person.

In January, Jamie, her 4 and-a-half year old daughter Maddie, and her mother Lynn, were spotted buying the bride's wedding dress, whom settled on a gown by Liancarlo.

Watson popped the question to Jamie almost exactly one year ago, and the couple announced the news on Instagram, as Jamie posted a photo of a diamond ring with the caption "#hedidgood."

Britney also took to social media to congratulate her younger sister, the pop-megastar tweeted, "So excited and happy for my sister, congrats @jamielynnspears - love you."

Jamie Lynn hit headlines when starring on 'Zoey 101' around five years ago, the then 16 year-old shocked her fans by announcing she was pregnant.

Jamie's lead single 'How Could I Want More,' for her forthcoming debut album is about becoming a mother at a young age and getting into a serious relationship with Watson.

When talking to Country Music Is Love last November (2013), around the time the track was released, she explained;

"It was when I was going through this time in my life where my now fiancée, we were kind of in a transition stage. I had just moved to Nashville full-time and I was focusing on being a mom and focusing on my work."

Jamie continued, "I was having the struggle of how could I want more? He's a great guy, but I was really was just not in a place to be in that relationship. It's funny, if you fast forward to where I am now and I'm going to marry this man and the song really came full circle."

"It's an older song, but it still means so much to me," she concluded. "It was written at a very vulnerable time. Every time I sing it, it just brings all that back up." Congratulations to the newlyweds. 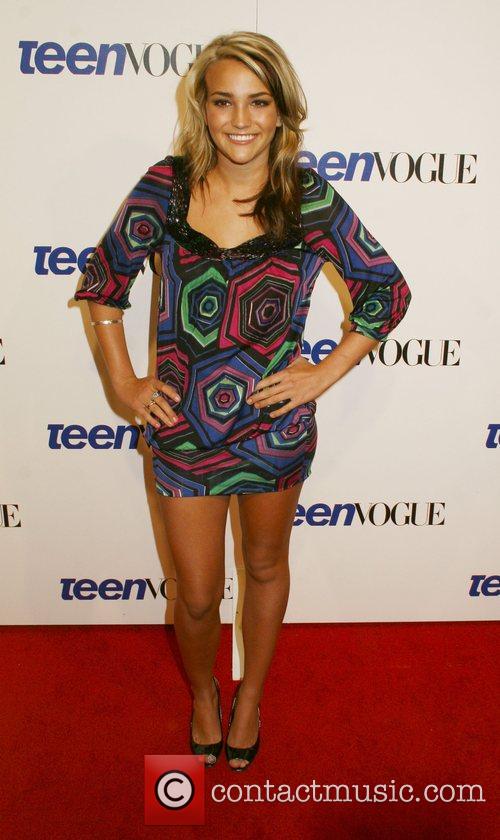