It was the wedding of the century... sort of.

Congratulations to Jamie Lee Spears and her new husband! Britney’s younger sister just married her beau James Watson on Friday and the pair could not look any sweeter. The couple tied the knot in an intimate setting - at the Audubon Tea Room in New Orleans. 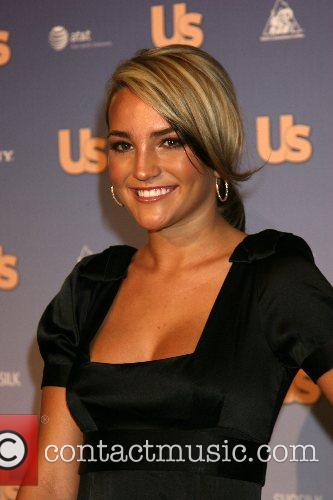 The bride wore a Liancardo gown. Earlier in the day, she was spotted with mom Lynne Spears, heading to a nail salon near the family’s home in Kentwood. Meanwhile, Britney Spears and her boyfriend David Lucanno were apparently spotted on Thursday, catching a flight from Los Angeles to New Orleans, E! News reports.

The bride wore a Liancardo gown, as she walked down the aisle, surrounded by family.

It sounds like the wedding was a family affair, through and through. And by family affair, we of course mean that there were around 150 of James and Jamie Lee’s closest friends and family present. There was even a five-tiered cake to feed everyone. Jamie Lynn’s 4-year-old daughter Maddie was the flower girl, with Britney’s two boys Jayden James and Sean Preston walking behind her as ring bearers. The family certainly has no shortage of children for the wedding party.

Britney publicly congratulated Jamie Lynn on her engagement via Twitter last year, writing, "So excited and happy for my sister! congrats @jamielynn spears - love you."

Yesterday was magical :) So happy I could be a part of my little sister’s big day. Congrats @jamielynnspears!!