If Jamie Lynn Spears takes her fiancee's name when they wed they will have the same name. That's a bit weird, but kind of cute, right? Well, either way it's happening and we're very pleased for the happy couple. The pair have been dating since 2010, after she and the father of her child, Casey Aldridge broke up. Watson is 9 years her senior, but having had a child at 17 she has probably had to grow up quickly.

She broke the news by tweeting "Guesssss what??????" followed by a photo of the ring:

She followed that up by saying ':) #hedidgood'. Judging by the ring you can see why she said that.

As well as being the sister of her international super-star sister, Jamie found fame in her own right in the Nickelodeon show 'Zoey 101' in which she played the lead character. The network supported Jamie when the news was unveiled about her pregnancy. Her pregnancy was particularly contentious because at the time she revealed the news she was just 16, two years under the age of consent. No legal action was taken against Aldridge. She and Aldridge ended up buying a house in Mississippi and got engaged, but they ended the engagement in 2010 without having ever got married. 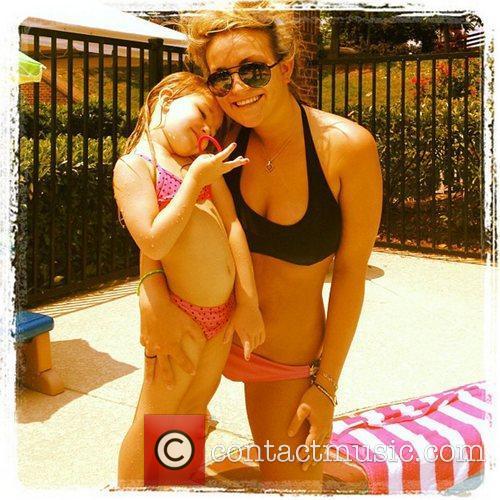 Jamie Lynn Spears with her daughter