Jamie Lee Curtis has returned to network TV in 'NCIS', which saw her star opposite her 'Freaky Friday' co-star Mark Harmon. 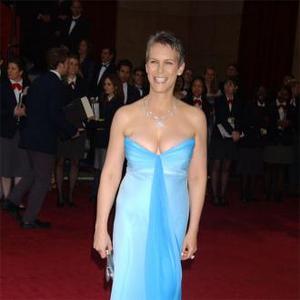 Jamie Lee Curtis has returned to network TV in 'NCIS'.

The Hollywood actress was reunited with her 'Freaky Friday' co-star Mark Harmon on the CBS drama show in the role of Dr. Samantha Ryan, a potential love interest for his alter-ego Special Agent Gibbs.

At the end of the first episode of her two planned appearances in the programme, Jamie's character called Gibbs and suggested they get breakfast together.

And Samantha replied: ''It's the middle of the night, Gibbs. You tell me.''

According to the Los Angeles Times newspaper, the 53-year-old actress' appearance on the drama made the CBS show the most-watched programme on Tuesday night (21.02.12) with 19.55 million viewers.

Jamie recently hinted she could be doing ''more regular work'' as she now raised her kids.

She said: ''I've raised my children and so I could clearly see myself doing more regular work now because my youngest is 15-and-a-half and the last person he wants to see is me. I think I've done my job right, he wants nothing to do with me.''