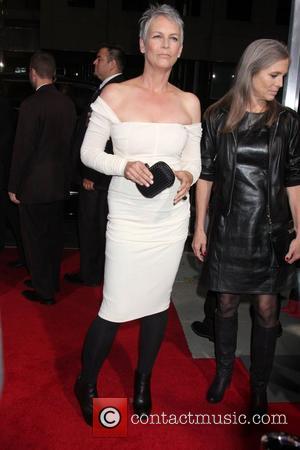 Jamie Lee Curtis has spoken out on her feelings about Seth Macfarlane's controversial performance at the 2013 Oscars ceremony.

The 'Family Guy' creator hasn't exactly been the subject of much praise over the last few weeks after hosting the ceremony, the least appreciated act being performing a crude song about several of the female attendants called 'We Saw Your Boobs'. 'Freaky Friday' star Curtis states that the show 'offended' her and has slammed the number, likening it to a 'public execution', mentioning that it turned the prestigious show into a 'cheesy vaudeville show'. 'The 'boob' song, as it will be known in perpetuity, may go down as the highest-rated Oscar number in history, but at what cost?' She wrote in an article for the Huffington Post. 'When did they turn into a 'roast'? At least at a roast you know what's in store. What if actors and actresses stopped attending the Oscars because it was deemed open session to ridicule and parody them? Would the Academy be so cavalier then?'

She went on to say that she has also gone topless for movies but added that it wasn't something she enjoyed. 'I am sorry that this is what we are talking about and not Argo's lovely win or Jennifer's amazing performance', she said. 'What we will be talking about is Seth's lack of class and a 14-year-old boy's derogatory word for one of the most beautiful, motherly and literally nurturing parts of the female form.'