Actress Jamie Lee Curtis Kept Her Identity A Secret At A Fighting-game Tournament In Las Vegas Over The Weekend (Ends19jul15) By Dressing Up As A Masked Character. 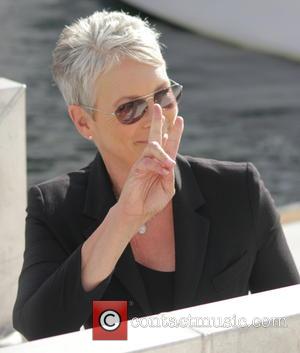 The Halloween star and her director husband Christopher Guest attended the annual Evolution Championship Series (EVO) as part of their graduation gift to their 18-year-old son Thomas.

Curtis and her family went unrecognised at the world's largest fighting-game tournament, and the actress revealed her costume on Twitter.com following the event on Saturday (18Jul15), boasting the temporary alter-ego, Street Fighter II cage fighter Vega, in a white mask, body suit and metal claws.