Forty years after John Carpenter's epic slasher 'Halloween', Michael Myers is back with a deep desire for slaughter once again. This time, Laurie Strode is ready for him; this is one killer who'll find himself the hunted rather than the hunter this Hallow's Eve.

There's already been nine sequels to the 1978 movie, of course, and keen fans of the franchise will note that Laurie's character was killed off in 2002's 'Halloween: Resurrection', but this year's installment is a direct follow-up to the original with Jamie Lee Curtis reprising her role for the fourth time as the terrorized woman who's about to end Michael Myers' reign of terror once and for all.

It's been 40 years since Michael Myers murdered three of Laurie's friends back when she was in high school, but the experience and age has hardened her. Vengeance has been brewing within her since the tragedy and she has remained in Haddonfield, Illinois waiting for him to escape his institution once again. The haunting won't stop until she kills him.

The film has been directed by the award-winning David Gordon Green ('Pineapple Express', 'Our Brand Is Crisis') who co-wrote the screenplay with 'Vice Principals' writers Jeff Fradley and Danny McBride. Meanwhile, original director John Carpenter is also an executive producer on the flick.

Alongside Jamie Lee Curtis stars Judy Greer, Virginia Gardner, Will Patton, Andi Matichak as well as Nick Castle who was the original Michael Myers. According to producers, despite the actor being the same, the character will be something of a reinvention. 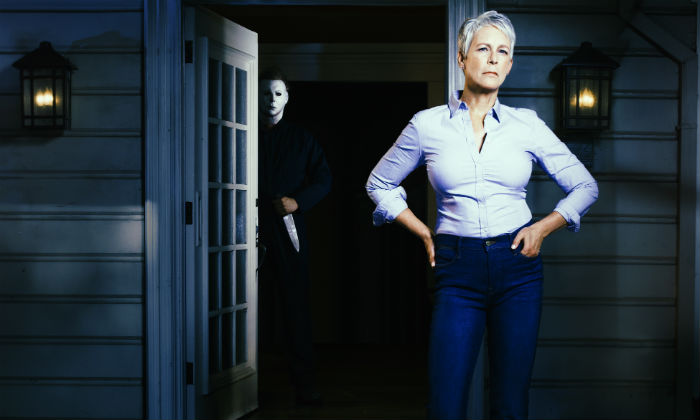 Curtis has a number of projects on the way; this year will also see her star in Brian Connors' comedy 'Senior Entourage' and Joe Chappelle's political drama 'The Pages'. She has also been announced to star in espionage thriller 'Spychosis' with John Savage and Blanca Blanco.