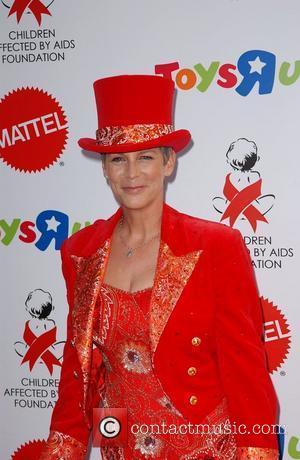 Actress Jamie Lee Curtis is upset with editors of over-50s magazine AARP for turning a cover shot of her wearing a strapless dress into a nude controversy.
The Halloween star admits she was shocked when the harmless photo was cropped to make it look as if she was topless on the cover of the new issue of the publication - because she was actually just baring her shoulders.
Appearing on the Oprah show on Monday (07Apr08), Curtis revealed all about the scandal, confessing she's upset to think people actually believe she'd pose topless for a magazine.
Holding up a copy of the publication, she fumed, "Isn't it fascinating that this constitutes being naked. What the 'f' are we talking about? In my world, this is called strapless.
"And yet they had to sell this magazine; I didn't go around saying I was topless."
The actress insists she'd never go topless, and regrets the times she has bared her breasts in the past.
She adds, "I have a 21-year-old daughter in college and a 12-year-old son; if I could take back Trading Places today I would because I didn't know I was gonna have a child... when I was 21 and I exposed my breasts in a movie."