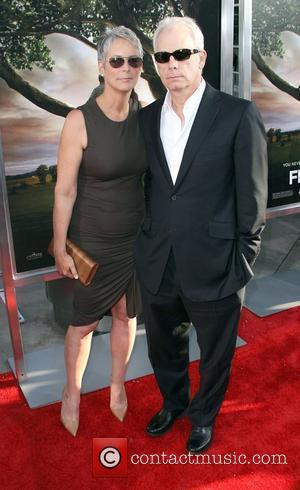 Jamie Lee Curtis regrets making 1999's VIRUS with William Baldwin - because it's an "unbelievably bad movie".
The action-packed comic book adaptation is the one film the actress wishes she had not signed up for - because it was a rare critical and commercial flop.
She tells WENN, "That's a piece of s**t movie. It's an unbelievably bad movie; just bad from the bottom.
"There's a scene where I'm running away from this alien and I actually hide under the stairs. I come down some stairs and then duck up underneath them and I'm quivering and this big thing comes down the stairs and I'm freaking hiding under the stairs! This is something that can open walls of steel and I'm hiding under stairs!
"It was maybe the only time I've known something was just bad and there was nothing I could do about it. I just do the best I can and there have been bad movies that have been wildly successful and great movies that have tanked, so you never know. It was an independent precursor to all of these Marvel comics movies. I thought maybe that fan base would show up for it, but no."

Jamie Lee Curtis: I felt isolated on the set of Knives Out

The Halloween Ends Experience comes to London in October