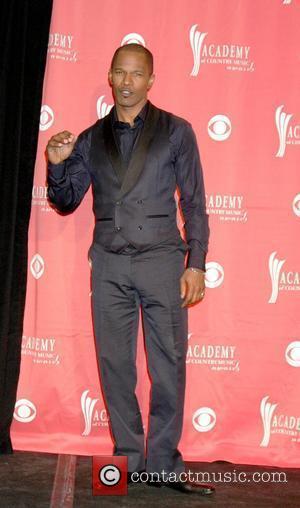 Jamie Foxx almost walked away from his new movie about a schizophrenic musician, because the role was so gruelling it left him needing therapy.
The Oscar winner struggled to make the transition from his real personality to that of homeless cello prodigy Nathanial Ayers in The Soloist - and he admits the role pushed him to his limit.
Foxx says, "It was something that I enjoyed, but it shredded me. I went to places that I never thought I would ever go. I just remember being in my bathroom broke (sic) down, talking to my manager like, 'I don't know if I'll be able to finish this.'
"You had to lose your mind every day you're on set, and sometimes you didnt have enough time to get your mind back before the weekend."
Foxx's manager was so concerned, he even sent the star to a psychiatrist.
The actor adds, "(He told me), 'Just so you'll have a way to get out of your head.'"
And Foxx now regularly uses a therapist during movie projects, explaining, "I had no idea that the mind could be that fragile."