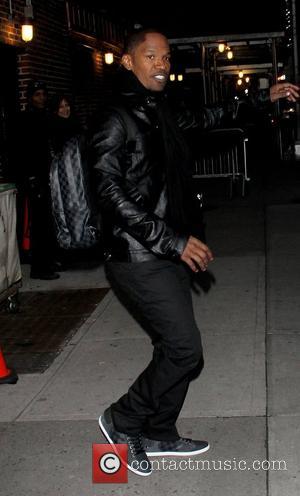 A little known fact about the latest Quentin Tarantino blockbuster: Jamie Foxx actually rides his own horse, Cheetah, in the movie, Hollywood.com reports. You might think that doing his own stunts was a piece of cake, given that he was used to riding his own steed but that wasn’t the case for the Ray star, as he was forced to ride Cheetah without a saddle - not something he was used to, at all!

“The only thing that was scary was riding bareback on the horse because the horse was used to the stunt person,” says Foxx. “They built this dirt track and I got on the back of the horse and there were people at the end with their sleeves rolled up ready to catch me (in case he fell off). But the horse turns, sees the truck with the camera on it and since he's used to the stuntperson, he goes 28 miles an hour and I'm on the back. On the outside I look like Django but on the inside I was like Little Richard screaming, 'Lord Jesus please stop this horse!”

As if that wasn’t bad enough, director Tarantino decided that one take simply wasn’t enough and asked Foxx to go through the daring stunt scene one more time. “This time the horse takes off again, only this time I'm on the side of the horse and the stunt guy Dash says, 'If you feel like you're gonna come off the horse, just let go of the son of a b**ch, just get off.' Those words are ringing in my head as I'm hanging off the side going 28 miles an hour thinking he's a damn fool!" It may be of some comfort to Jamie to know that it turned out to be one of Quentin’s favourite scenes.