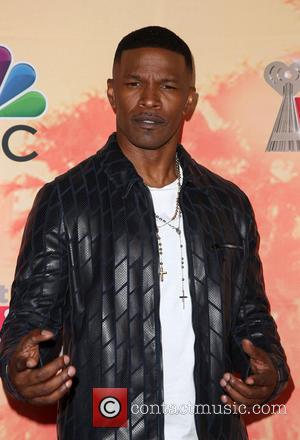 The Horrible Bosses actor was accused of "transphobia" after he made jokes last week (ends29Mar15) about the Olympian's reported transition to become a woman.

Kardashian has now spoken out to criticise Foxx, who has known the television dynasty for some time, for his comments.

She tells Yahoo, "I just think it's a low blow. I think it's very mean, but you know, I wish him all the best. It is what it is. I just think - and I know Jamie, so I think that's also why that's a really low blow, but hey... Guess that's what he felt the need to do for a little press."

Jenner is yet to confirm the widely-circulated rumours that he is in the process of a sex-change despite stepdaughter Kim revealing earlier this year (15) that he is going through "a journey".