NBC have commissioned a new television drama series based on a pilot written and filmed by Jamie Foxx. 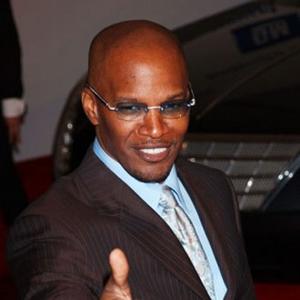 The mafia drama 'Tommy's Little Girl' tells the story of an attorney turned assassin who avenges her family's death many years after they were killed by a rival mob family.

No actors are currently attached to the project but the trailer filmed this summer starred Selma Blair, Paul Sorvino and James Russo according to Deadline.

This is Jamie's second TV project currently in development.

In September, Fox commissioned a sketch comedy series produced by the actor and starring Affion Crockett.

In a statement Kevin Reilly, Fox's entertainment president said this would provide a "fresh take on pop culture, including spoofs of movie trailers, commercials, TV shows, and music videos."

He added: "Jamie Foxx's brilliance first shined on Fox, so it's fantastic to welcome him back to the network. Jamie is an undeniable comedy powerhouse both as a performer and a producer, and teamed with the outrageous next-generation comedy of Affion Crockett, we look forward to the next wave of sketch comedy on Fox."

Jamie added that some of the "biggest names in Hollywood" will stop by and participate in the show.