Jamie Foxx's Django Horse Is His Own 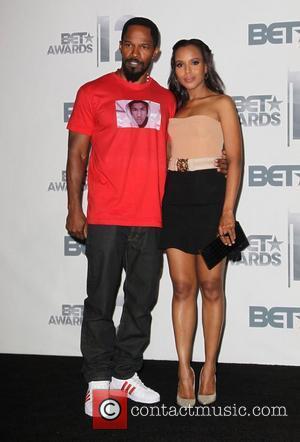 The horse Jamie Foxx's vengeful slave character rides in new western Django Unchained is the Oscar winner's own prize steed.
The actor/comedian has become a keen equestrian since finding fame in Hollywood and when he signed on for Quentin Tarantino's star-studded new movie, he insisted on finding a role for his favourite horse Cheetah.
He says, "About four and a half years ago, I got a horse for my birthday and I started riding... My horse is actually the horse I'm riding in the movie."
Tarantino insists his leading man isn't joking: "His horse is a character in the movie. His name is Tony... and he’s a big character."
Foxx has been known to share his love for horses with his movie pals - he gifted Robert Downey, Jr. a mare for his Malibu, California ranch when his The Soloist co-star turned 45 in 2010.