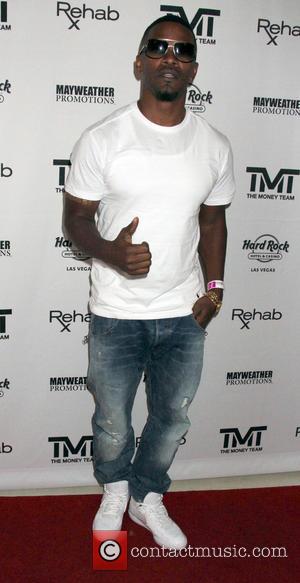 Jamie Foxx's new party hit could land the Oscar winner in court over allegations it was recorded by another artist last year (13).

The singer/actor debuted his Party Ain't a Party collaboration with DJ Mustard and 2 Chainz earlier this week (beg15Sep14), and now he has been named in a copyright infringement lawsuit filed by Nontra Records executives.

According to the complaint, obtained by The Hollywood Reporter, DJ Mustard sent an instrumental version of the track to singer/songwriter J Rand's then-record company Poe Boy Music Group to serve as underlying material for a new song.

Nontra Records bosses claim they acquired the rights to the track when they took over J Rand's contract, and paid to mix and master his version of the song, which was released to radio stations in November (13).

The full release was stalled because DJ Mustard "failed to respond" to the executives' advances, and they were stunned to hear Foxx's new track, which they claim is substantially similar to J Rand's work.

In the lawsuit, they state, "The underlying material and Jaime Foxx's lyrics contained in the Subsequent Work are identical to the lyrics sung by J Rand in the sound recording of the Original Work."

They are demanding at least $150,000 (£94,000) from Foxx and his fellow defendants for copyright infringement.