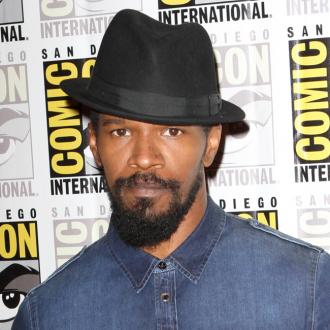 The 'Django Unchained' actor has hit back at the filmmaker after the director slammed the new movie as ''disrespectful'', with Jamie insisting Spike should at least check out the Quentin Tarantino-directed film before passing judgment.

He said: ''The question for me is, 'Where is Spike Lee coming from? He didn't like Whoopi Goldberg, he doesn't like Tyler Perry, he doesn't like anybody. I think he's sort of run his course.

''I mean, I respect Spike, he's a fantastic director. But he gets a little shady when he's taking shots at his colleagues without looking at the work. To me, that's irresponsible.''

Jamie insists there shouldn't be a problem with a white director tackling the film, just as people don't get upset by white singers covering songs initially recorded by black artists.

He added to The Guardian newspaper: ''But you got to look at the individual cases. When Pat Boone covered Little Richard you think, 'Huh?', he's got no affinity for it. 'Good Golly Miss Molly'? I don't think so.

''But you can't tell me that Eminem ain't hot 'cos he's white or that Elvis Presley isn't a bad mother***er, or that Quentin Tarantino can't do whatever he likes, 'cos damn straight he can.''