Jamie Foxx's sister refuses to call him by his assumed moniker, but he says her insistence on still calling him Eric Bishop keeps him grounded. 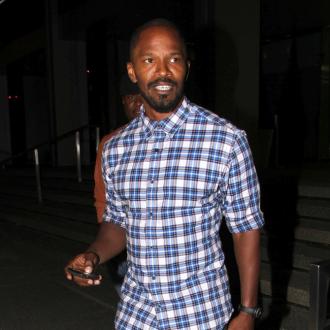 Jamie Foxx's sister will only call him by his real name.

The 'Django Unchained' star adopted the moniker when he began his showbiz career as a stand-up comedian, and despite him being known by that to most people, his sibling keeps him grounded by referring to him by his given name, Eric Bishop.

He said: ''My sister never calls me Jamie Foxx. My sister detests Jamie Foxx. She says to me, 'You are Eric Bishop. Don't you come here with your Jamie Foxx s**t. '

''And even with 'Django', she'll be happy when it all calms down, 'then you can just go back to being just you'. That's refreshing you know. She's never been swayed by the success or the lack of success.''

Despite the violent nature of his new film - in which he plays a bounty hunter who kills white outlaws - and criticism over the use of racist language, Jamie insists the content wouldn't upset his grandmother, who he largely credits for his upbringing.