After three years of dating rumours Jamie Foxx and Katie Holmes' relationship has been confirmed.

Jamie Foxx and Katie Holmes are officially a couple! Well, according to Foxx’s pal, former ‘Real Housewives of Atlanta’ star, Claudia Jordan. Appearing on the Allegedly podcast on Tuesday (June 21) Jordan put an end to three years of rumours, by confirming that the two actors are in fact dating. 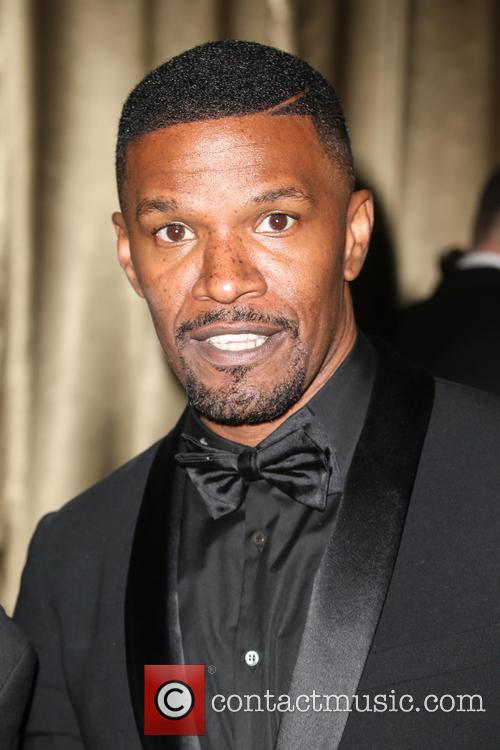 When asked about her romantic history with Foxx, Jordan said: "[He's a] good friend of mine. Never [hooked up with him]." Then when quizzed about rumours of his relationship with Holmes, Jordan added, "He is very happy with her. I like that he seems very happy.”

Rumours that Foxx and Holmes were dating started in 2013, when they were photographed dancing together at charity event, the 4th annual Apollo in the Hamptons. Then in March 2015 the pair were pictured holding hands at a recording studio.

When asked if he was dating Holmes by paparazzi after the photo emerged, Foxx said: "Oh come on, you guys have been trying to get that to stick for three years,” adding that the two were “just friends”.

A year later it was reported the couple were now engaged and that Holmes was pregnant. Two months later OK magazine then published an article claiming the couple’s wedding was now on hold, because Foxx wanted to wait until after the baby’s arrival. This apparently didn't go down well with Holmes, who then cancelled the wedding.

It all sounds pretty confusing and a rep for Foxx later told The Mirror that all reports of the pair’s engagement, pregnancy and on or off wedding were “categorically untrue”. While Jordan’s comments might be the biggest confirmation of the secret relationship we’ve had yet, neither Foxx nor Holmes have said anything in response.