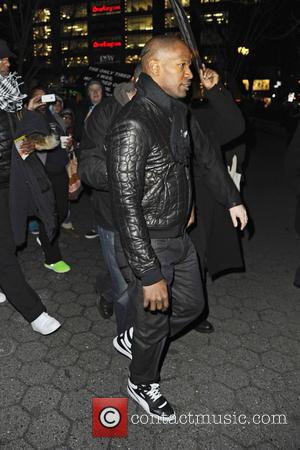 The Ray star was among the crowds gathered in New York City's Union Square in honour of the African American youngster, who was shot dead by a neighbourhood watchman in Miami, Florida on 26 February, 2012.

Foxx joined Martin's parents Sybrina Fulton and Tracy Martin in a candlelight vigil, during which they called for Florida's 'stand-your-ground' law to be repealed.

The controversial stand-your-ground statute allows residents to use deadly force in self-defence if they feel threatened, and initially protected Martin's shooter, George Zimmerman, from arrest. Zimmerman has since been charged with second-degree murder.