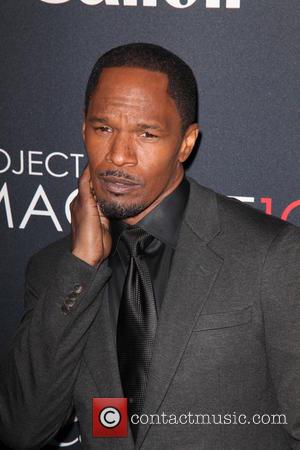 Actor Jamie Foxx helped to keep the memory of tragic Florida teen Trayvon Martin alive on Saturday (08Feb14) by leading a peace walk through the streets of Miami.

Hundreds of demonstrators joined the Ray star and members of Martin's family to rally against gun violence almost two years after his death in February, 2012, when the unarmed youngster was shot dead by infamous neighbourhood watch volunteer George Zimmerman. He was acquitted of murder last year (13) after claiming self-defence.

Addressing the crowd, Foxx, wearing a T-shirt featuring a photo of Trayvon, explained his reasons for continuing to lend his voice to the cause, stating, "They say 'Jamie why you got that Trayvon Martin shirt on? That ain't in no more.' I say, 'Well, Trayvon Martin's still dead; and his mother still grieves, his father still grieves, his brother is still wondering 'Where's my brother at?'"

The Oscar winner insisted he was not there as an activist, and instead as a father and a gun owner as he called for more discussion about responsible gun ownership across America.

Foxx, who previously held a candle-lit vigil in New York to remember Martin on the one-year anniversary of his death, also declared the rally was "not about race nor colour, but peace for our children".

The march took place days after what would have been Martin's 19th birthday and occurred on the same day that a Celebrity Boxing event promoter axed plans to put Zimmerman in the ring with rapper DMX.