The actor/musician couldn't believe he was a singer upon first meeting him.

Jamie Foxx is currently promoting the release of his RCA Records debut 'Hollywood: A Story of a Dozen Roses', and while his vocals remain on top form, he reveals he's heard a few other inspiring voices from exceptional artists along the way. 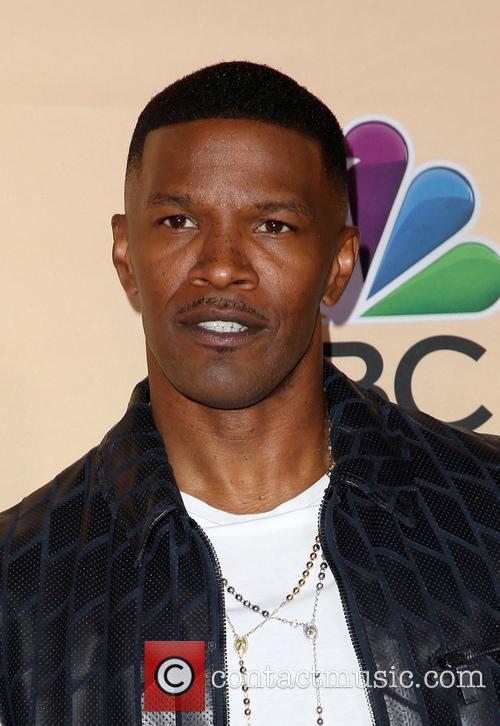 One of those voices was 'All Of Me' hitmaker John Legend, who Foxx met while he was hanging out with the young and up and coming Kanye West around a decade ago, during which time Legend was on his way to releasing his debut album 'Get Lifted'.

'I threw a dinner party for [Kanye] at the Mondrian in LA', Foxx explains. 'While we're throwing the dinner party, there's all Kanye West types, there's this quiet guy sitting at the table. Not making any noise, not saying anything to anybody but not really laughing. I said, 'Yo Ye, who's the quiet dude?''

Check out the full story below:

Foxx confesses he couldn't believe it when West told him he was a 'dope' singer because Legend was so non-vocal. But when he decided to ask him to sing him a few lines, West suggested he sing a song he recently wrote. It turned out to be a breath-taking rendition of his second single 'Ordinary People', which blew Foxx away. In his demonstration of the meeting, Foxx even deigns to give a remarkable impersonation of Legend's - there's no other word for it - legendary vocals, which in itself was impressive.

'I said, 'Oh sh**! How is that coming out of this quiet guy's body?' And the rest was history', Foxx concludes. Despite the lasting impression, however, Foxx is yet to collaborate on any music with Legend, though he has been working alongside some other stellar musicians on his latest album, including Chris Brown, Wale, Pharrell Williams and Kid Ink.

More: Listen to Jamie Foxx's 'Like A Drum' ft. Wale