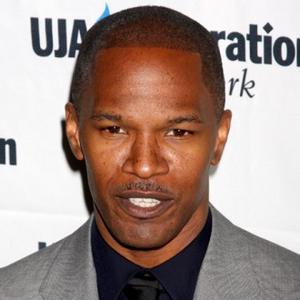 Jamie Foxx had a "full-on fight" with a former business associate during an Usher performance last night (10.02.11).

The 43-year-old singer-and-actor was reportedly involved in an altercation with Breyon Prescott at Belvedere Vodka's pre-Grammy party at the Avalon nightspot in California, with witnesses describing it as a "schoolboy stomp".

Onlookers claim the incident occurred after Jamie invited some of Breyon's friends over to his table, but didn't ask his former pal to join them.

The pair then had a confrontation, before Breyon reportedly punched the 'Soloist' star, who immediately struck him back before friends, including music producer Jermaine Dupri, waded in to help.

One insider told America's OK! magazine: "He proceeded to start tackling Jaime onto the ground and a full on fight broke out between them. Jermaine was trying to get the guy off of Jaime with about five other men helping,"

According to insiders, Breyon claims Jamie stole some of his music and there has been bad feeling between the two men for some time.

A source told website RumorFix: "Tensions between them have been brewing for a while."

Jamie - who was unhurt - was escorted out of the building through a back entrance and accompanied by security guards as he returned to his car.

Throughout the altercation, Usher was performing on stage at the nightspot, watched by guests including Kings Of Leon and Paris Hilton.