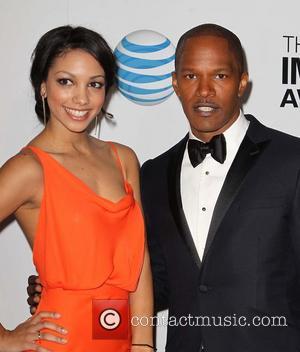 Jamie Foxx showed off his vocal talent at a Super Bowl afterparty on Sunday (03Feb13) in New Orleans, Louisiana by treating guests to a duet with Jennifer Hudson.

The Ray star sang the classic Eurythmics hit Sweet Dreams (Are Made of This) accompanied by the Preservation Hall Jazz Band at the Samsung Galaxy bash at a private residence in the historic Garden District of the city.

Foxx went on to perform a series of songs solo before being joined by his Dreamgirls co-star Hudson and the pair thrilled the crowd, including hip-hop star Flo Rida, actor Kellan Lutz and actress Olivia Munn, according to New York Post gossip column Page Six.