It's Official! Jamie Foxx To Play Electro In The Amazing Spider-Man 2 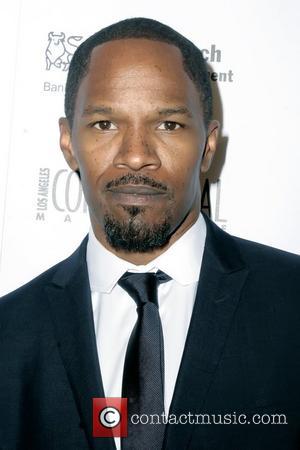 Exciting news for those looking forward to The Amazing Spider-Man 2 movie – Jamie Foxx is going to be in it! In news first reported by Columbia and then confirmed by the man himself, Foxx is going to be playing the character Electro in the second film of the Mark Webb reboot starring Andrew Garfield as Spidey.

"Electro is a great character," Jamie told Entertainment Tonight's Nancy O'Dell as he revealed the role. “I met with the director, Mark Webb, I met with Andrew Garfield, and we talked. ... I think Electro will be an exciting character to play because he's a ... genius electrician-type person, and he gets the short end of the stick from the whole world, and the next thing you know he turns it on."

The official Marvel site describes the character a little more elegantly. Here’s how he came about: “after being convinced by his mother that he was not smart enough to pursue such a career, Max [Dillon, the character’s real name] instead reluctantly took a job as a lineman for an electric company. While repairing a power line still connected to its spool, Max was struck by lightning. Instead of being killed, the freak accident caused a mutagenic change in his nervous system, allowing him to generate and control vast amounts of electricity. After creating a colorful costume, Max turned to a life of crime as Electro.” Sounds good! It was also revealed yesterday that Dane DeHaan would be joining the cast as Harry Osborn.

What did we think of the first in the new trilogy of Spider-Man films?