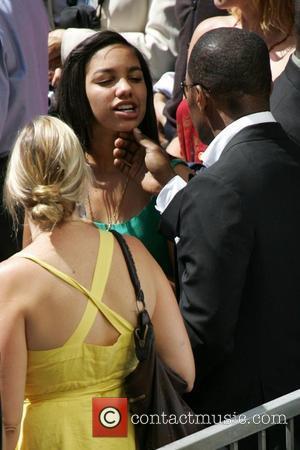 Picture: Jamie Foxx with his family on Hollywood Boulevard, before attending a ceremony to receive the 2,347th star on the Hollywood Walk Of Fame Los Angeles,...

Oscar winner Jamie Foxx has fallen in love with the Middle East after getting the royal treatment on the set of his new movie The Kingdom. The actor/singer didn't know what to expect when he signed on to shoot the film in Abu Dhabi, United Arab Emirates - and he had no idea he'd be treated like a king. He coos, "It was beautiful. There is so much money over there. "The palace I stayed in was 850,000 square kilometres. You could play an arena league football game in my room. It was great. "My room was like a mile away from my sister's room. They picked us up in Phantoms (Rolls Royce) and BMWs and armoured Mercedes and all kinds of stuff. It was incredible." And Foxx loved the food on set too: "There were a lot of dates to eat. I love dates."