Foxx Film No Longer Eligible For The Oscars 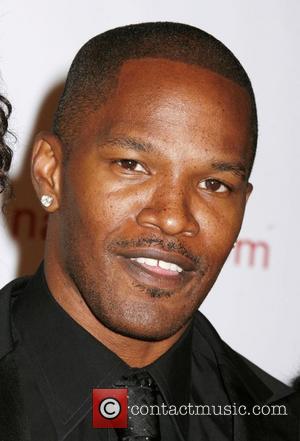 Jamie Foxx's dreams of landing a second Oscar in 2009 have been dashed - the release of his new movie THE SOLOIST has been pushed back to March (09), and will no longer qualify for the Academy Awards.
Both Foxx, who won a Best Actor Academy Award for Ray, and co-star Robert Downey Jr. were tipped as Oscar frontrunners for their parts in the true story of a Los Angeles Times journalist who befriends a homeless music prodigy.
But Paramount Pictures studio executives have chosen not to release the film next month (Nov08) as planned, because of reported fears it will fail at the box office because of America's economic crisis and competition from other big-name movies.
As a result, the film will now be released on 13 March (08) - a month after the Oscars.
The Soloist will still open the upcoming AFI Festival in Hollywood at the end of October (08), according to the Los Angeles Times, but the release date means the film and its stars are no longer eligible for an Academy Awards nomination.
A spokesman for the film says, "I'd be lying if I said we weren't disappointed, but hopefully, ultimately the movie will benefit from the decision."